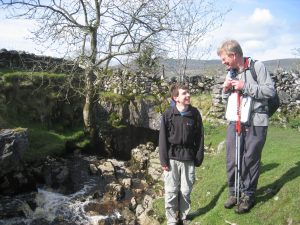 April 24th 2012 would have been Ben’s 21st birthday.  To mark the day Gilly decided that she, Phil and Jonathan would attempt the Yorkshire Three Peaks challenge of 5,250 feet of ascent over 24 miles to raise money for the Trust. 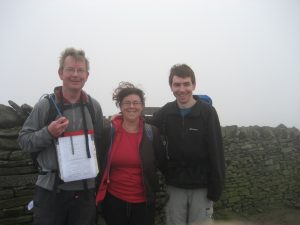 By way of preparation, last winter saw Gilly and Phil undertaking some serious training, taking in miles of beautiful Surrey and Sussex countryside, while Jo’s was more desk-based.  A final trip to the Lakes at Easter was a mixed blessing; after the first walk up Blencathra and Carrock we were unable to move for two days, but a trip up a sun-drenched Helvelyn later in the week restored some of our confidence.

We left for Yorkshire in a state of some trepidation (would Phil’s hips, Jo’s shin and Gilly’s hair survive the ordeal?), but with all the encouragement we had received we felt that failure wasn’t going to be an option.  As we arrived on Sunday in Horton-in Ribblesdale it was raining so hard that we could hardly see the B&B, let alone the first peak, Pen-y-Ghent, a couple of miles away. 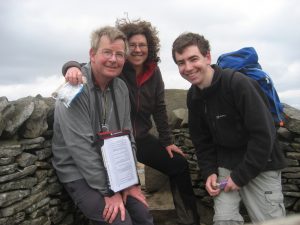 After a detailed study of the mountain weather forecast, it appeared that there would be a window in the weather the following day, and so we decided to bring the walk forward 24 hours to the Monday morning.  Unbeknown to us this caused a certain amount of consternation for our support team; we retired to bed early for a sleepless night.

Monday dawned dry and calm, and we were extremely fortunate to have ideal weather conditions for walking and the hills pretty much to ourselves.  We even managed to get our support team out of bed / the pub / Sheffield to be at the two rendezvous points before us (well, almost!). 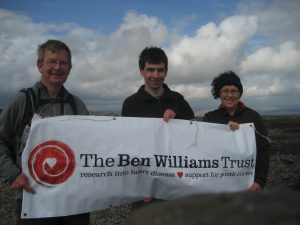 The walking itself was relatively uneventful – the ground was very wet but the scenery very beautiful and the miles passed by quickly.  We were met by the support team above Horton, and completed the challenge in 11 hours and 16 minutes, weary but with a great sense of achievement and very thankful that the weather had been so kind to us.

As we write this, we are incredibly grateful for all the support that we have received, and delighted to have raised over £10,000; a fitting birthday present we hope for Ben.

We are very grateful to Debbie, Paul, Jenny, Nigel, Bridget and Steve for their support on the day, and to everyone who has given us their encouragement and financial support. 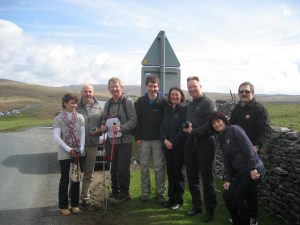 On a personal level, I would also like to thank all those in the team at the Royal Brompton Hospital who have helped me on the road from diagnosis with ARVC just over two years ago to conquering this challenge.  When I was having my ICD fitted and even last summer, I did not believe that I would ever be undertaking a walk like this again.  Their expertise and professionalism has helped me to achieve something that I did not think was possible.

Thank you for helping us to help the team at the Brompton to make such a positive impact on the lives of children with arrhythmias, and on their families.